English Cabinet Makers – A to Z.

Antique Furniture by the cabinet makers Harrison & Son of Burnley

The History of Antique Mahogany Furniture

Antique Mahogany furniture is seen in all periods from very early forms of furniture like the Georgian era through to the Victorian and Edwardian periods. It was very popular as it is a hardwood, so is durable, solid and easy to work with when building antique furniture by cabinet makers.
Mahogany can be anything from a red, brown or golden in shade. The timber was used in antique furniture construction throughout the ages, seen in early periods but more widely used in the 19th century. Mahogany originates from various areas in south and North America, the West Indies and Africa. These were areas that were mainly under the British control and hence why it was so widely exported into Britain. In the Georgian period it was mainly imported from Jamaica. The name ‘Mahogany’ originates from the West Indies where the local people named the trees a similar sounding name and the British translated this into Mahogany.

Mahogany comes in various strait grains, called different names like Cuban Mahogany, which is dense, solid and usually dark in colour. Figured grains are called flamed Mahogany or fiddle back. Musical instruments would have Honduras Mahogany from Central America as this was ideal for carving. Plum pudding has unusual knotting in the grain caused by either fungus in the wood or at the tree stump and this caused a fascinating grain finish on the furniture. Brazilian Mahogany was mainly used in fine furnishings. Period antique Mahogany furniture can either be solid or veneered and can be from anything from wardrobes, chests of drawers or tables and chairs. 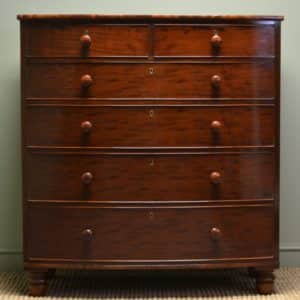 This is a beautiful example of Plum Pudding Mahogany, it is a Spectacular and Rare early 19th Century Regency antique Chest of Drawers from ca. 1830. It has a figured top with reeded edge above two over three Mahogany lined cock-beaded drawers with turned handles. 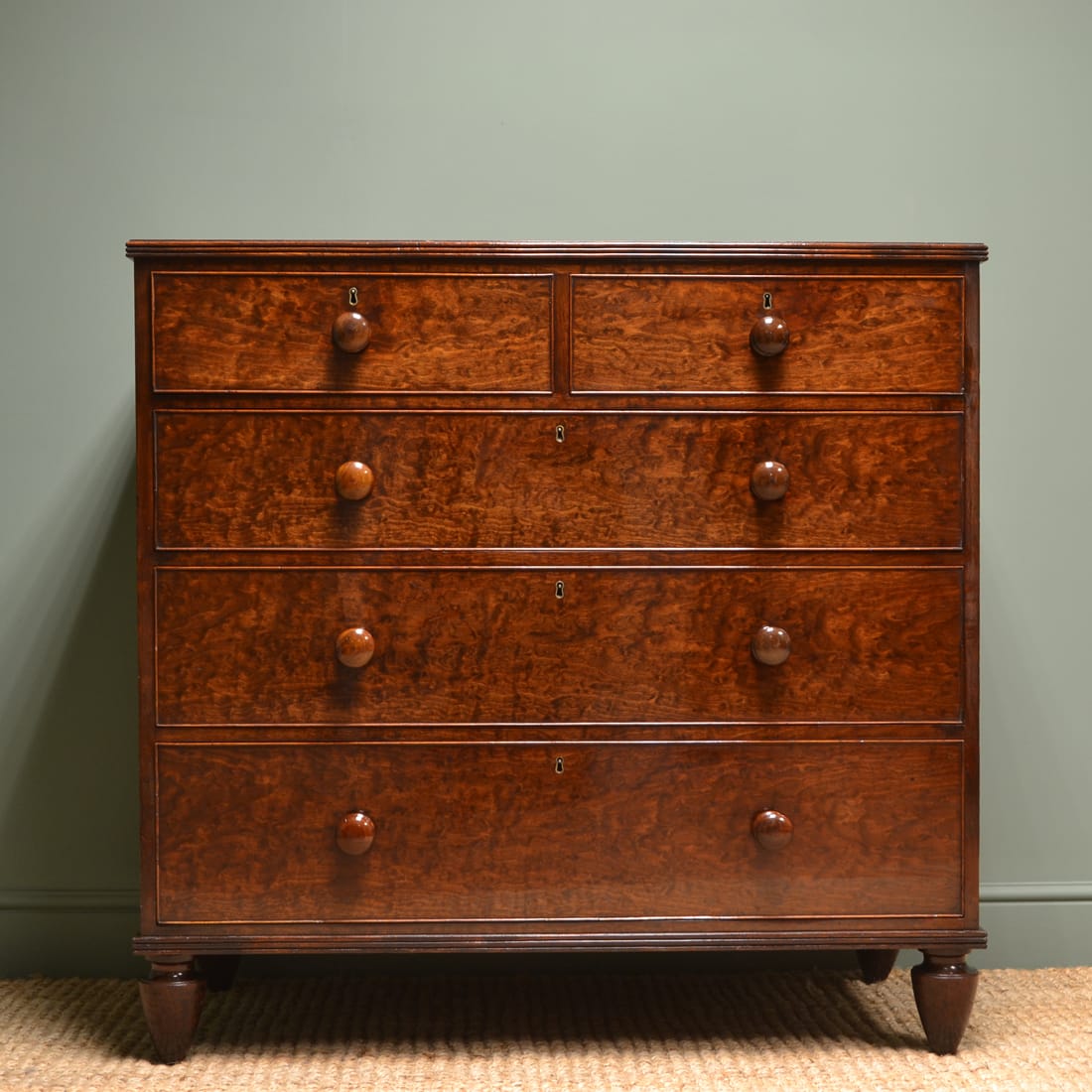 An early example of Cuban antique Mahogany furniture would be this Chippendale design side table in unusual small proportions. It dates from around 1790 with the original brass swan neck handle and spectacular blind fretwork carving. This delightful antique table stands on four legs again with beautiful blind fretwork carvings and have simple shaped corner brackets. 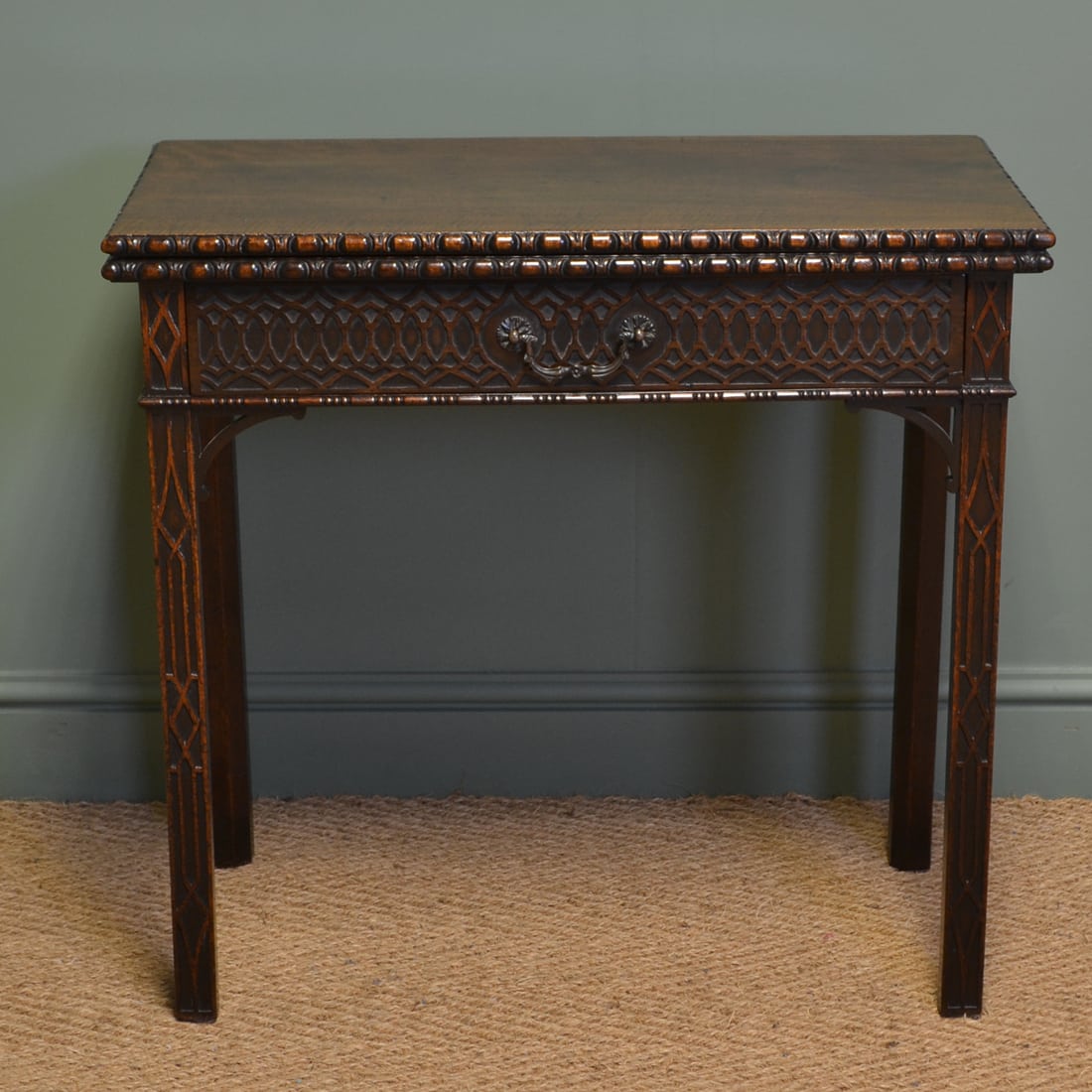 During the Regency period more close grained Mahogany was used but with decorative features. This example has a beautifully figured break-fronted top above a deep frieze and decorative Brass motifs. This striking antique sideboard has pilasters and delightful neoclassical brass decorations along with a neutral mesh front on the doors.

The Victorian cabinet makers used Mahogany to build grand, large pieces of furniture. This spectacular Victorian antique bookcase is constructed from the finest quality mahogany timbers and made to large proportions. The level of craftsmanship used in its construction is self evident and this spectacular bookcase would look superb in a study to store and display all those collectables or a large selection of books. 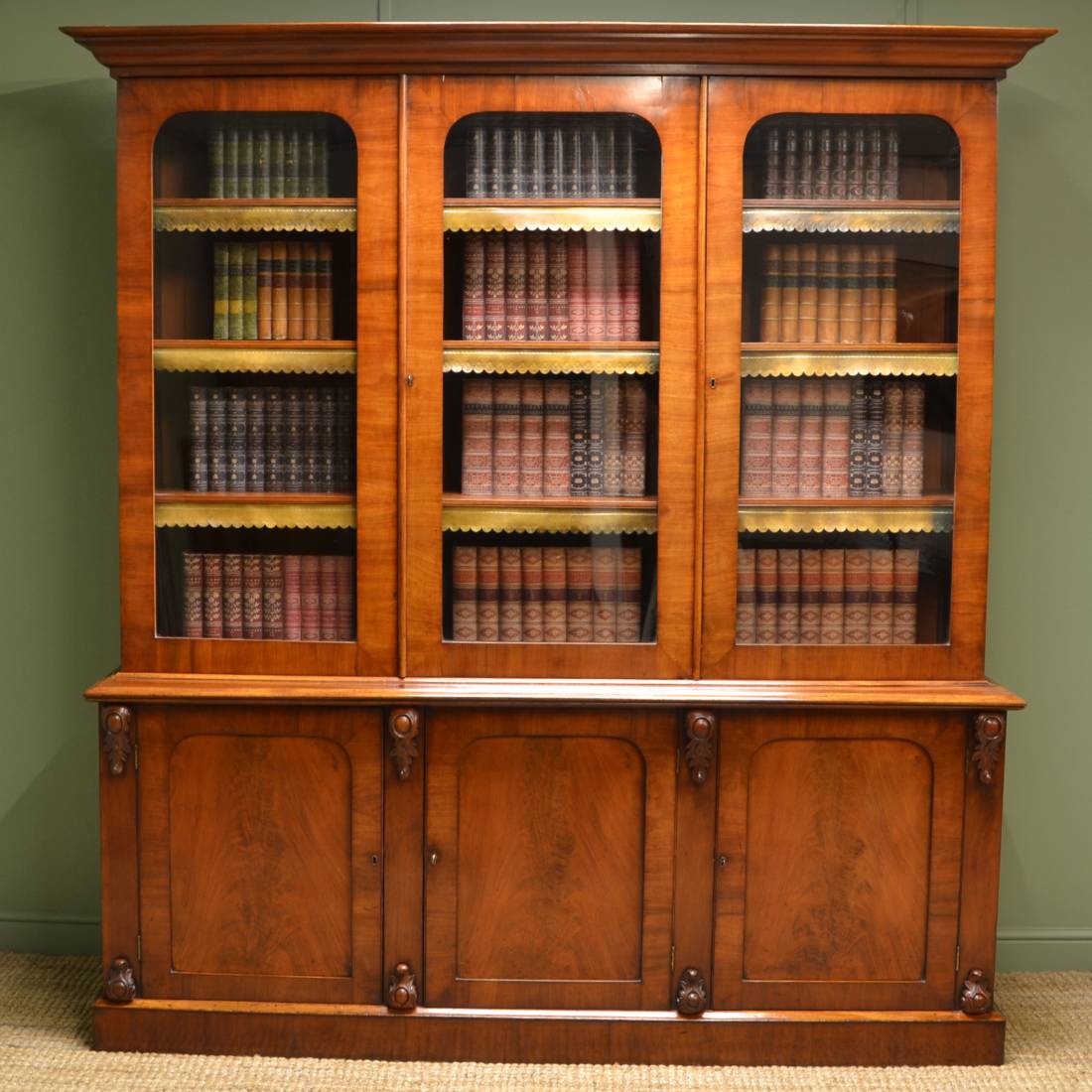 The Edwardian cabinet maker used Mahogany to produce unusual shapes in furniture. This Edwardian Mahogany antique desk is of the finest quality, and has the most beautiful serpentine front along with fretwork carved corner brackets. The sides are beautifully carved and the piece as a whole stands on shaped bracket feet. 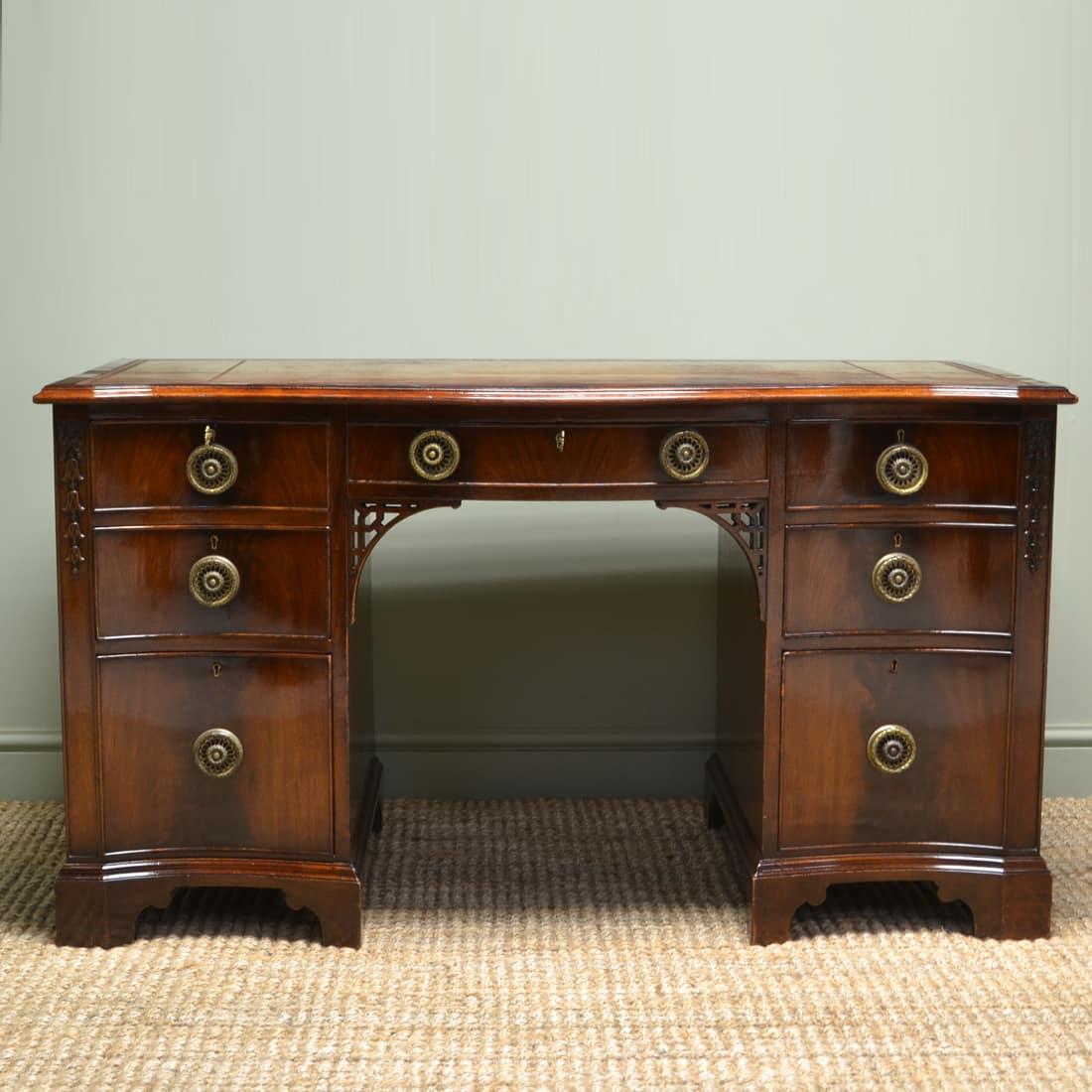