The History of Antique Linen Press

The earliest type of Antique linen Press, was in the 18th century in the form of a Linen cupboard. They will usually consist of five lovely Mahogany lined linen slides. The renowned designer Chippendale made these pieces with fine features such as Ogee bracket feet and mirrored figured panelled doors.

This is an example of an 18th Century Georgian Mahogany Antique Secretaire Press Cupboard dating from ca. 1770. This is attributed to Gillows of Lancaster due to the design and superb quality figured Mahogany timbers used in its construction.This is quite an unusual piece of antique furniture as the lower section has a large top drawer, that pulls out and folds down using the original brass mechanism. The interior has a green baize writing surface, several small drawers and pigeon holes, a central cupboard and two secret concealed book drawers. 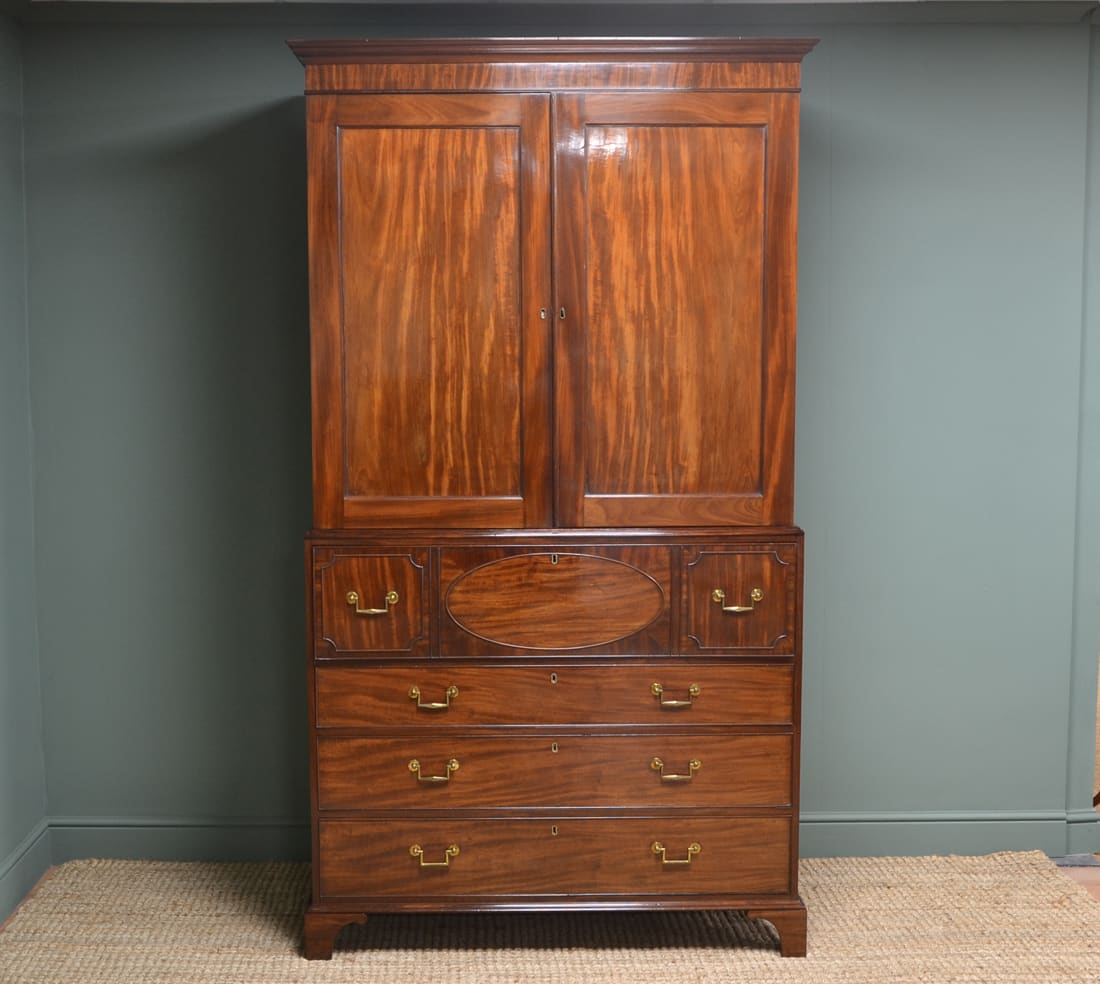 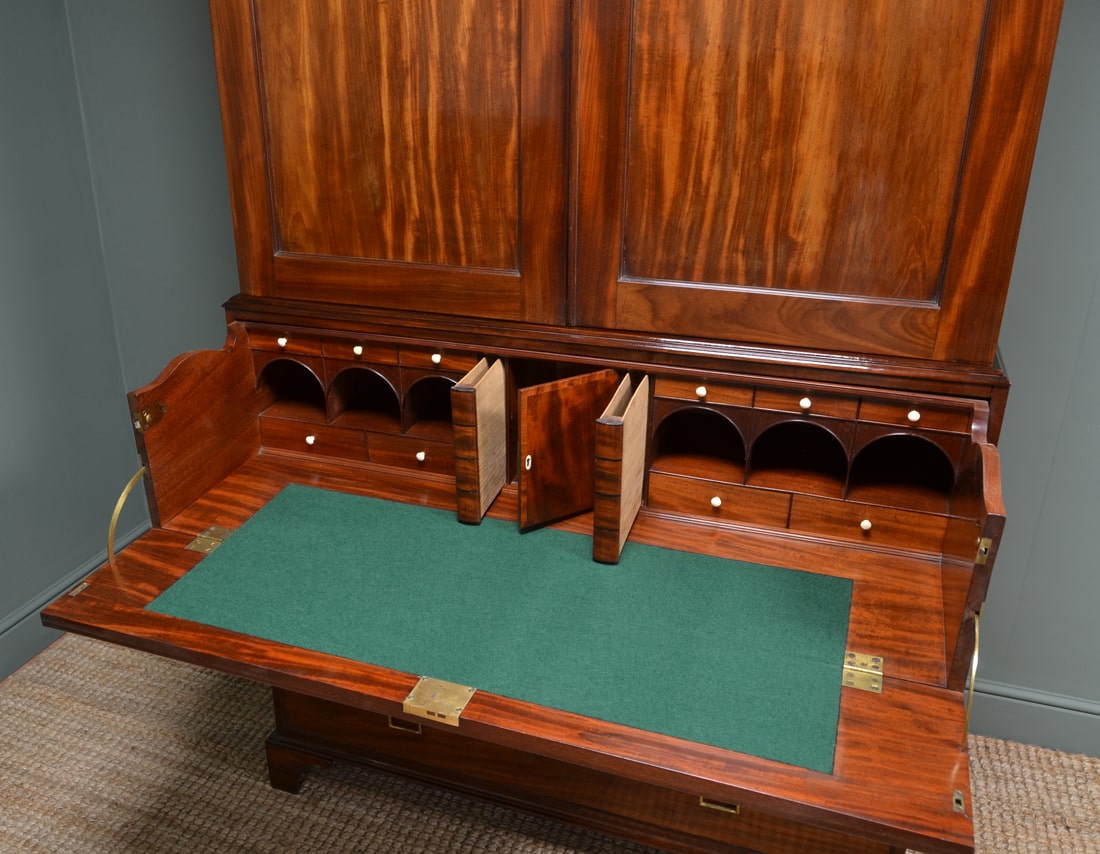 During the 19th Century the Linen press stayed in a similar form but still with spectacular features like this Figured Mahogany Regency Antique Linen Press circa, 1830. It has two beautifully figured cupboard doors with arched mouldings and the interior comprises of five sliding linen trays. Below is two over two graduating mahogany lined cock beaded drawers with beautifully turned handles.  This wonderful piece stands on turned bun feet and splits into two sections for easy removal. Some other features from this period would include a brass clash mould, brass rococo key escutcheons and decorative brass lion head handles. 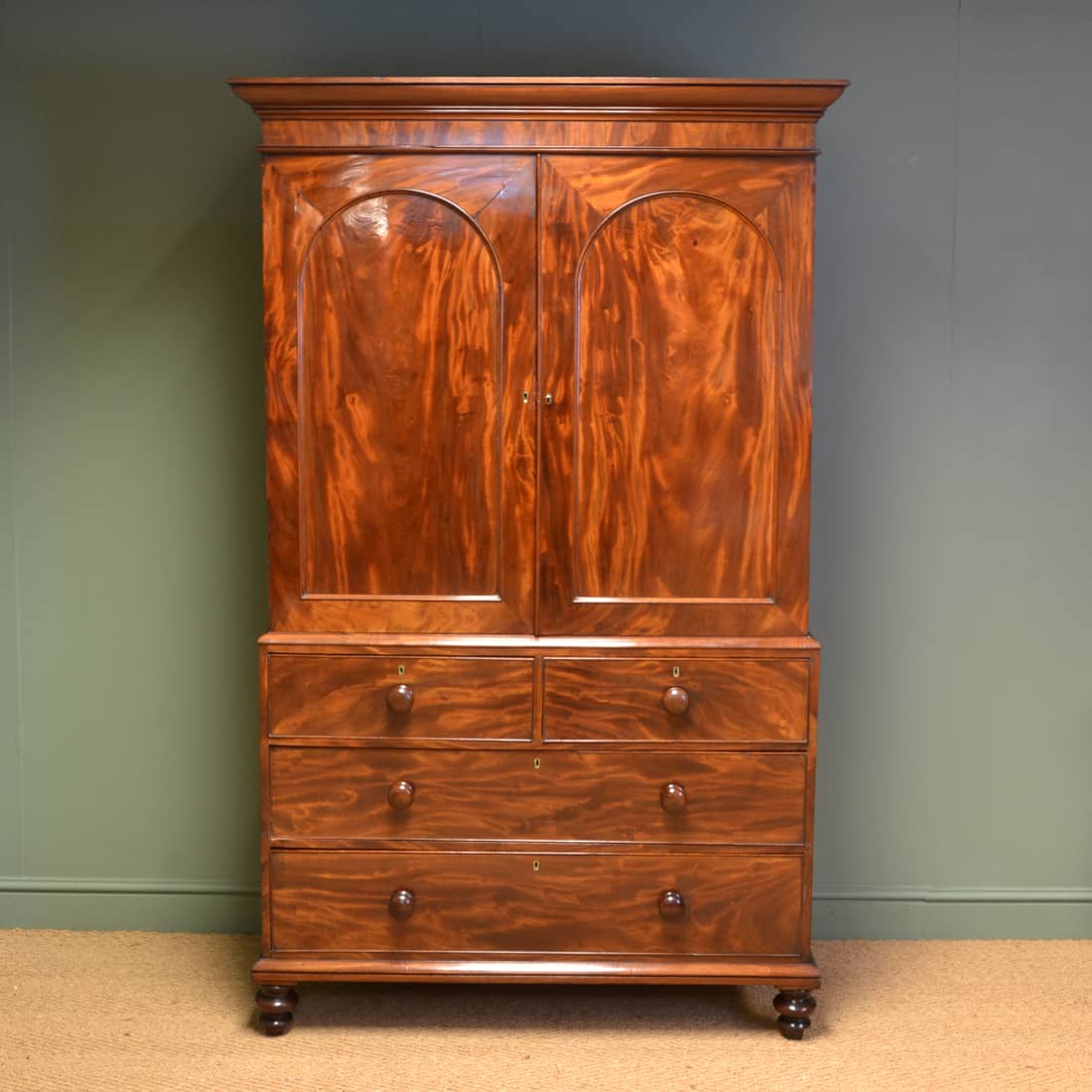 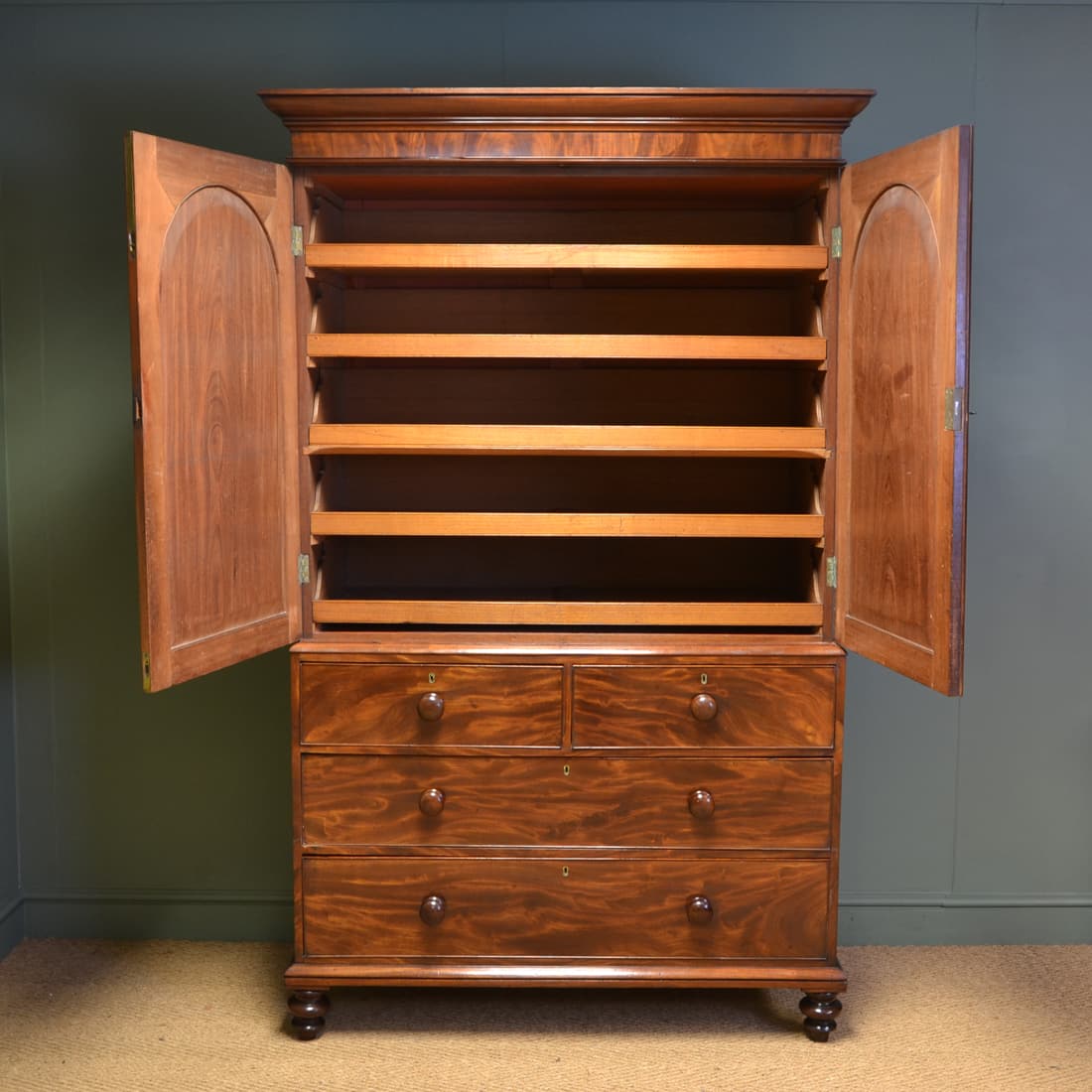 The Victorian linen press was built in the 19th century often with more rounded corners, pilasters, turned handles, bun feet and highly French polished to that mirrored shine.  Some renowned makers such as Maple & co built presses to meet the the new style of this period. This Spectacular Satin Walnut Victorian Antique Linen Press dates from around 1890 and is beautifully figured. It has a curved moulded cornice above two cupboard doors with raised fielded panels. 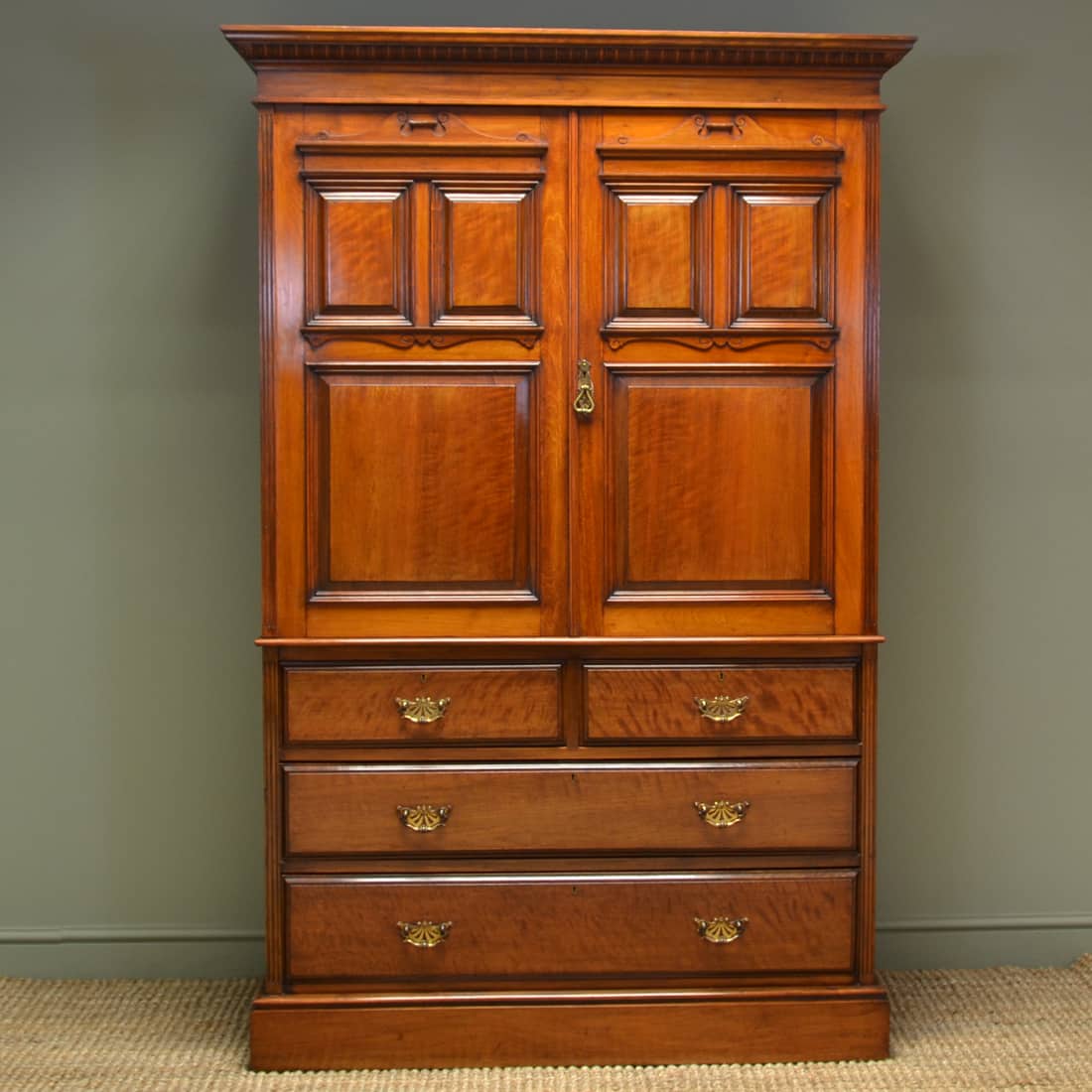 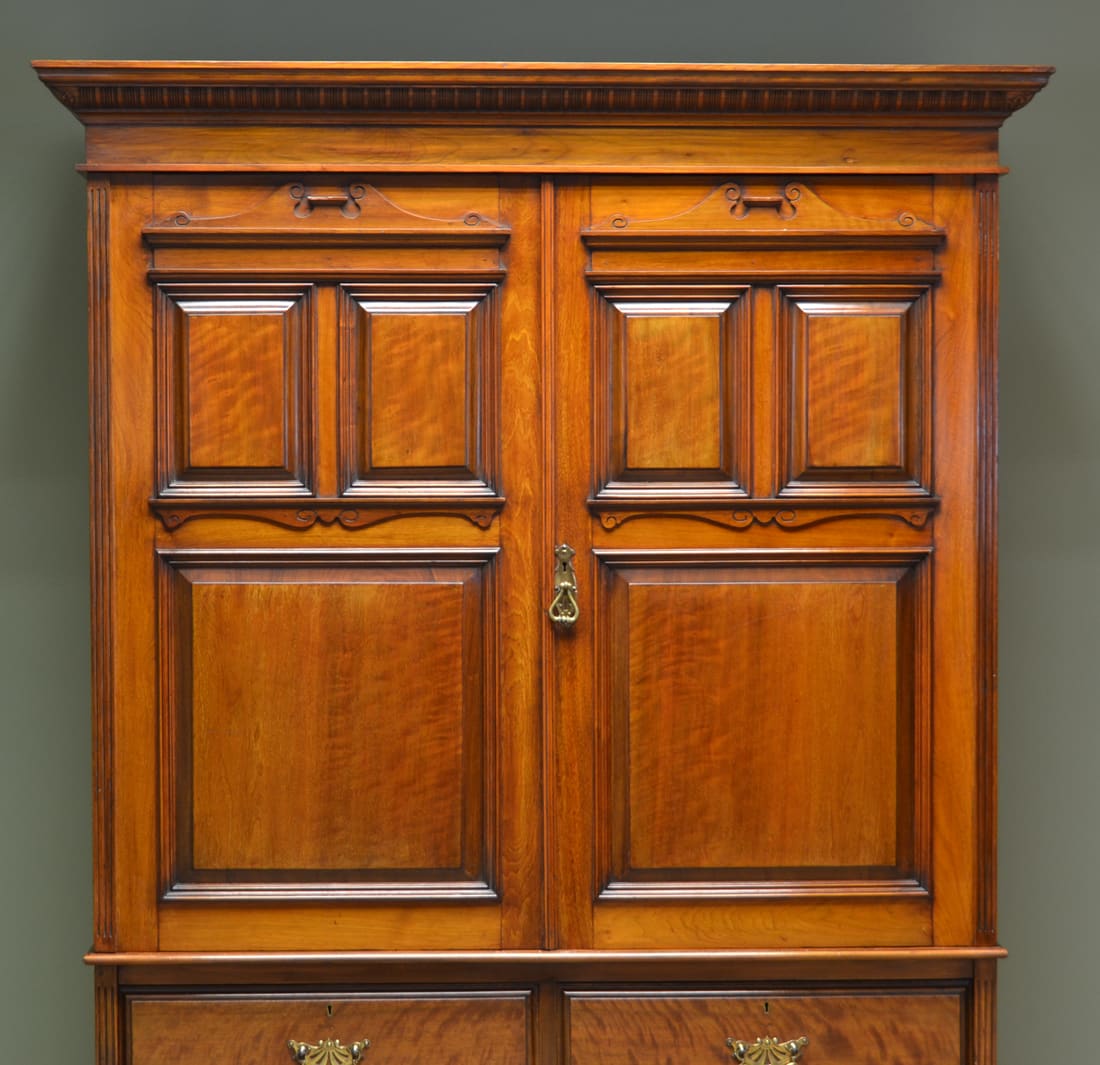 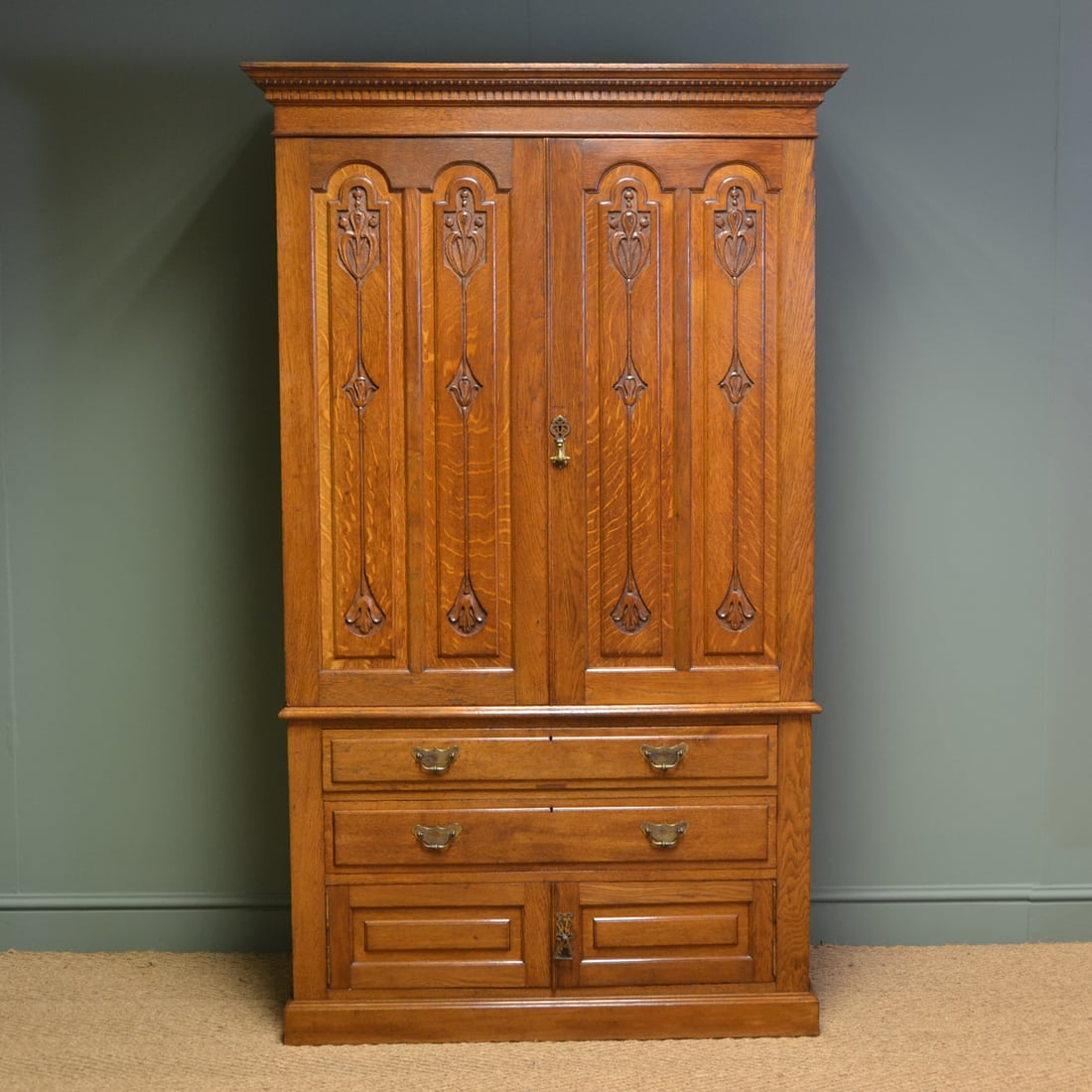 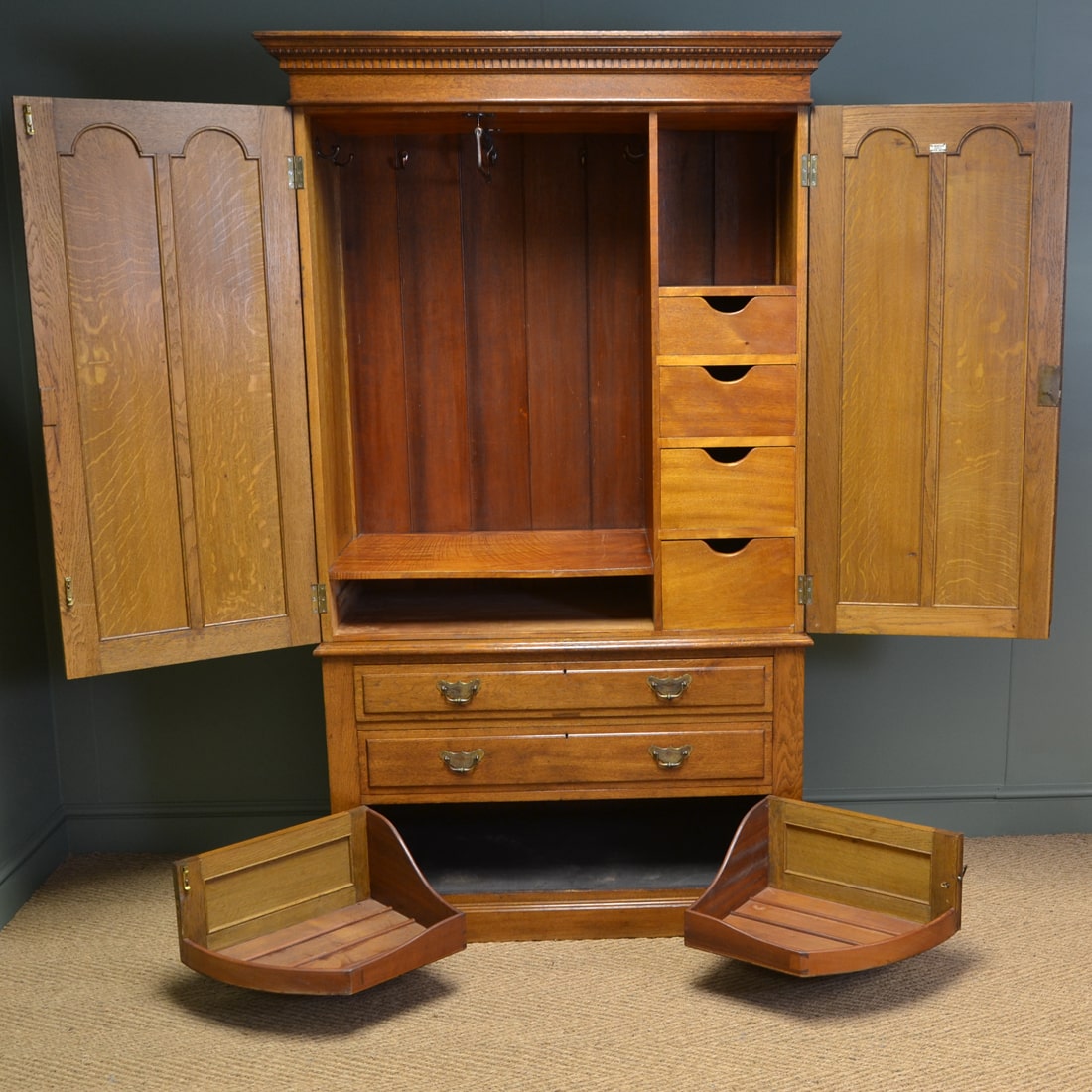