The antique revolving bookcase, also known as a Rotating Bookcase is a really useful piece of antique furniture. It is a four sided open bookcase that can house a selection of books on each side and rotates 360 degrees to gain access to them on a central stand. Antique revolving bookcases are ingenious designs that first came around in the late 19th Century Victorian period and continued into the Edwardian era in solid timbers from Mahogany and Oak. Occasionally they can be inlaid on the top with sunbursts and cross-banding. They also stood on castors so they could be easily moved around the room. These lovely antique bookcases are really useful, being able to store books in but also having a finished flat top, they can be used as a lamp or side table. Some later examples come with Brass divides and decoration to store and display newspapers and magazines. Have a look below at our lovely examples available for sale. 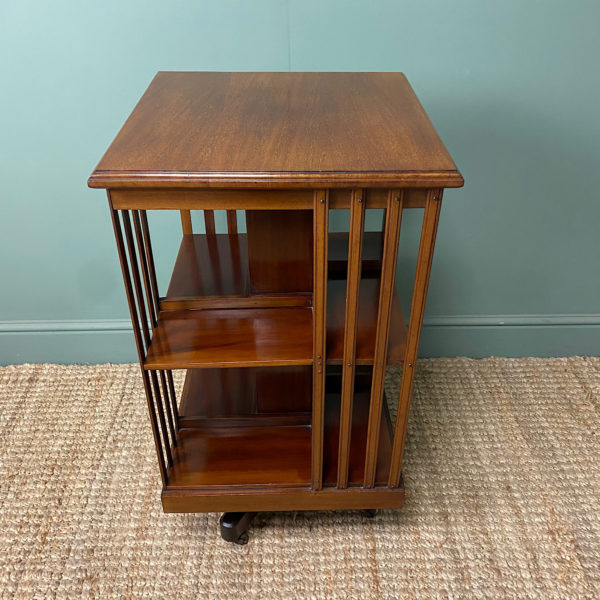 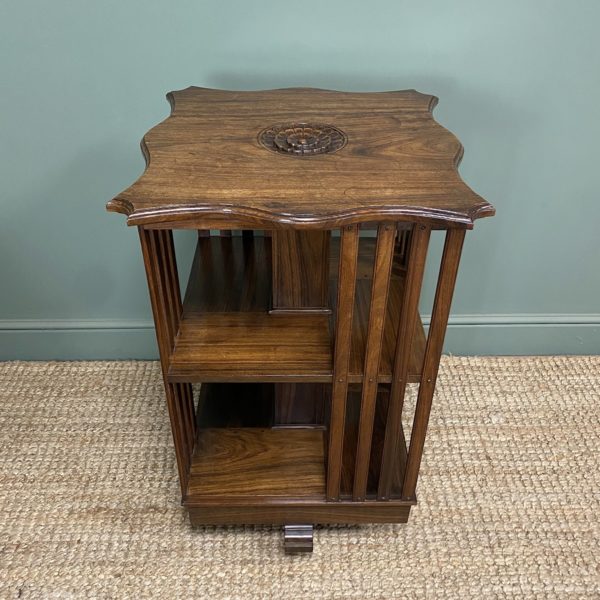 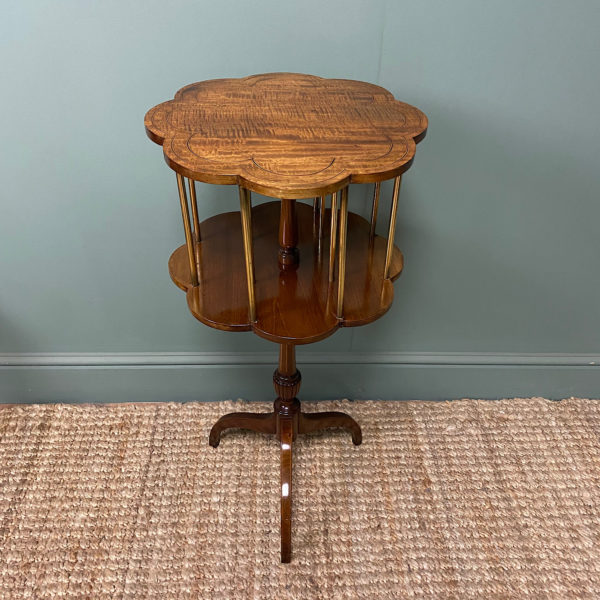 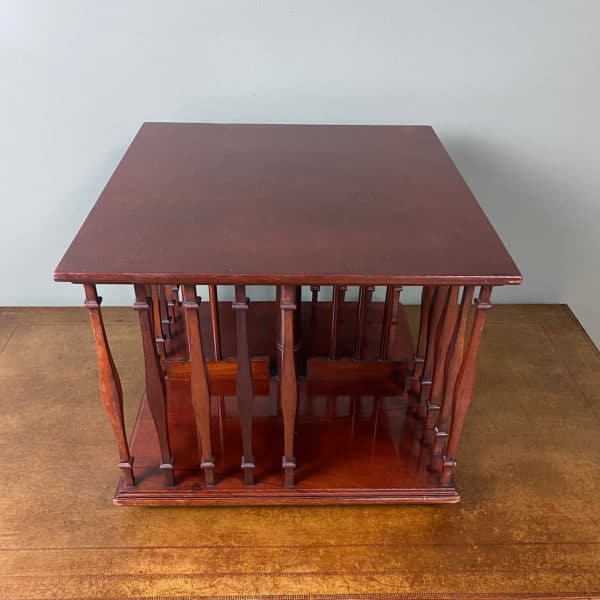 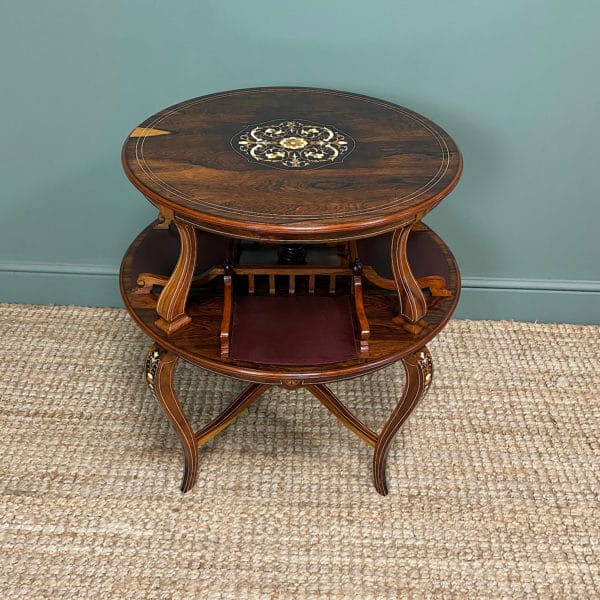 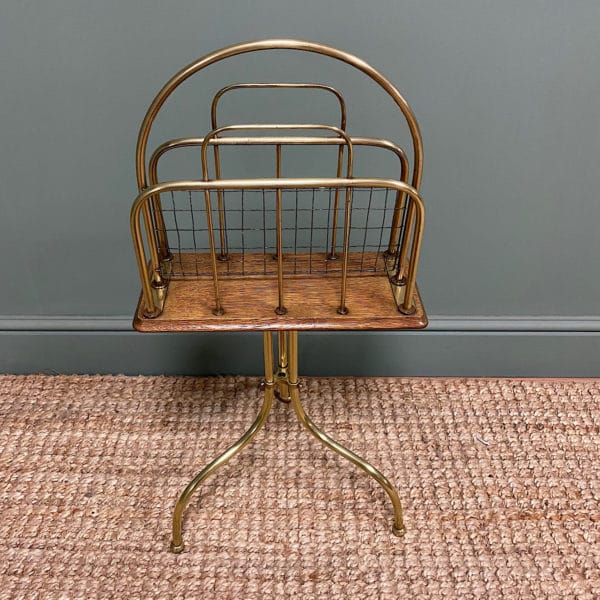 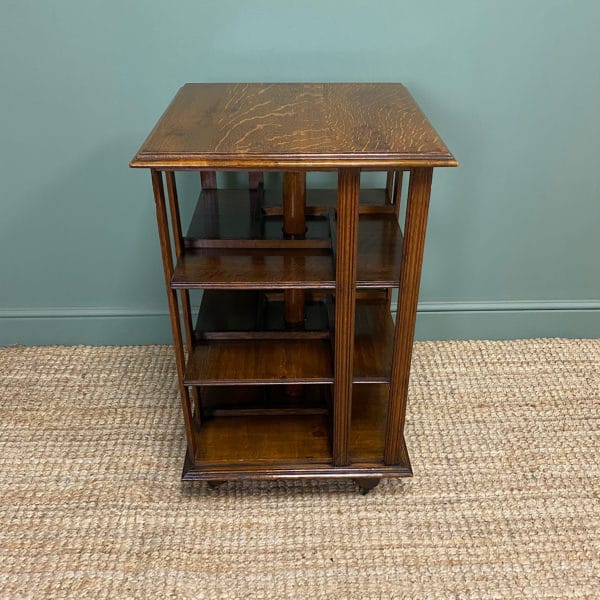 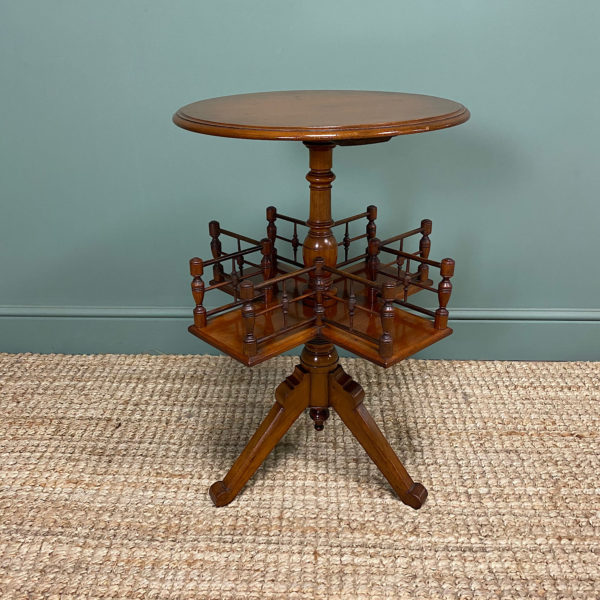 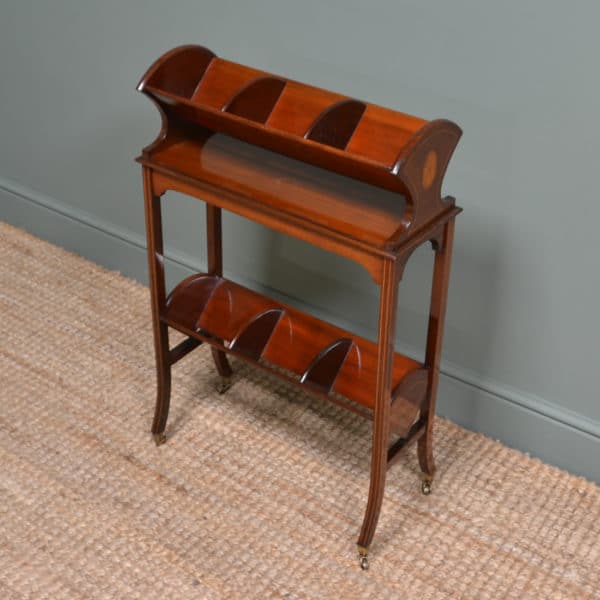 Previous examples that we have sold include this Beautiful Sheraton Design Mahogany Antique Revolving Bookcase with a figured top and moulded edge above one tier with elegant carved slats, ideal for storing all your favourite books. It also revolves three hundred and sixty degrees making it convenient to use. 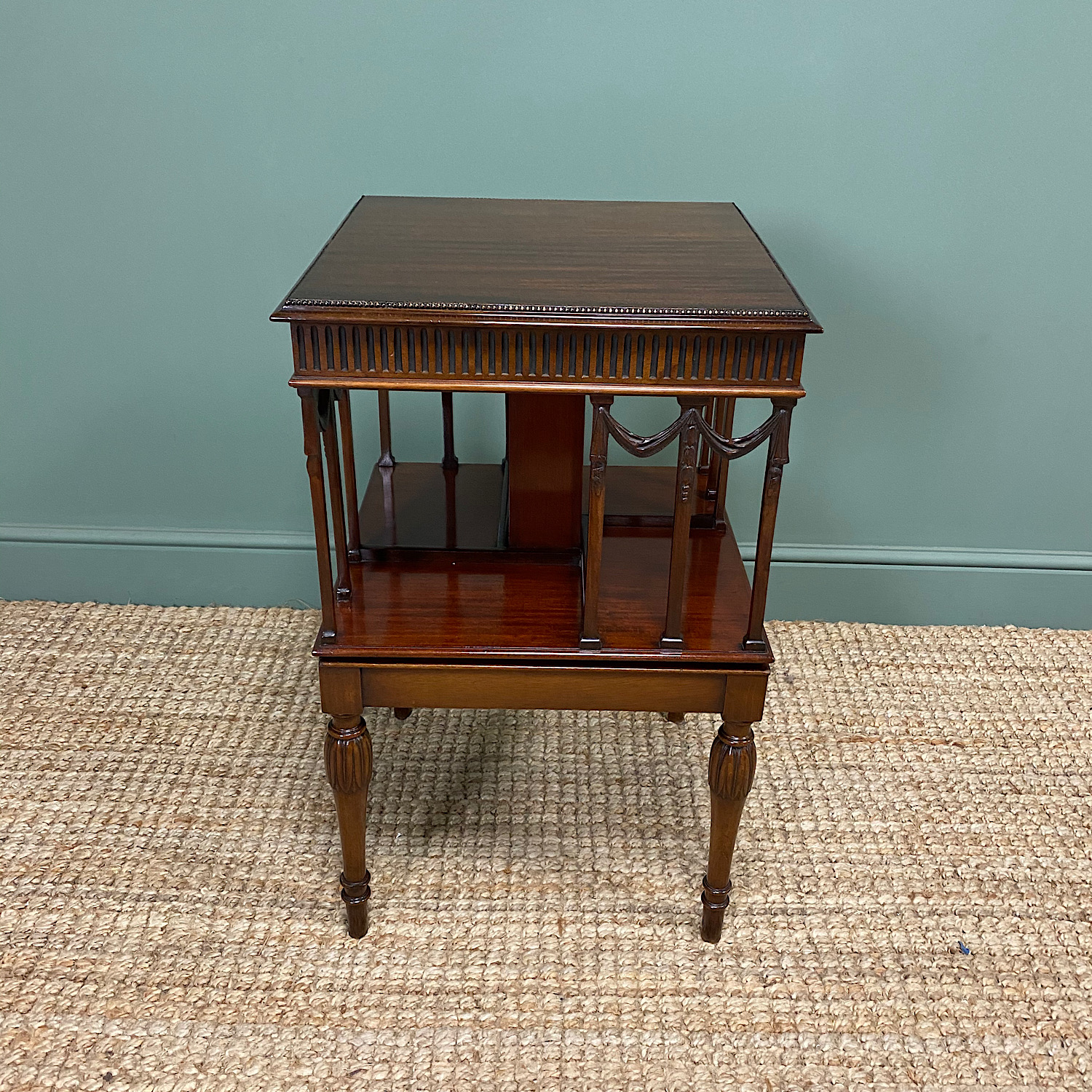 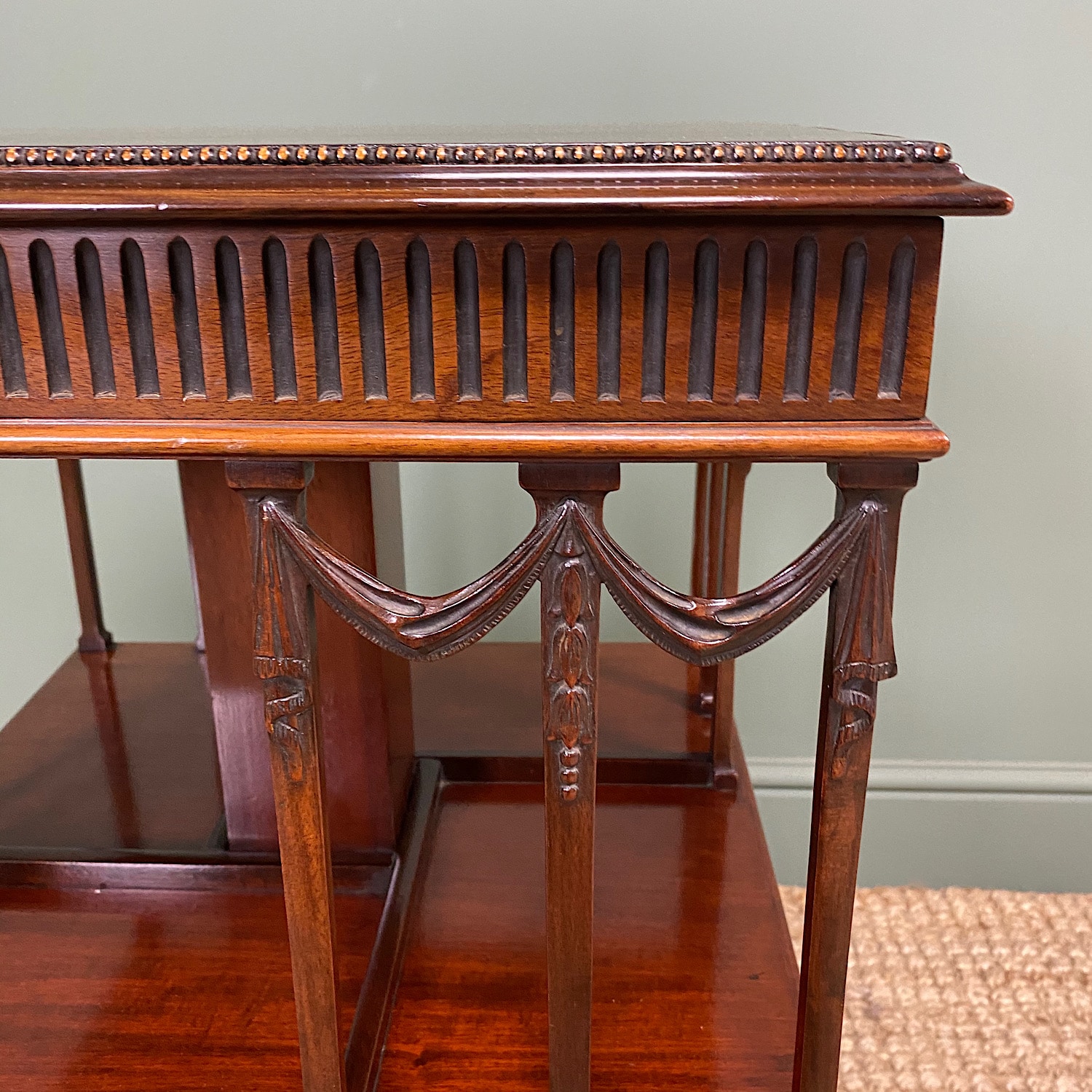 Dating from around 1900 and constructed from quality solid oak, this unusual bookcase has a square moulded top with three tiers and stands on a revolving base that rotates giving easy access to four sides whilst providing lots of storage. 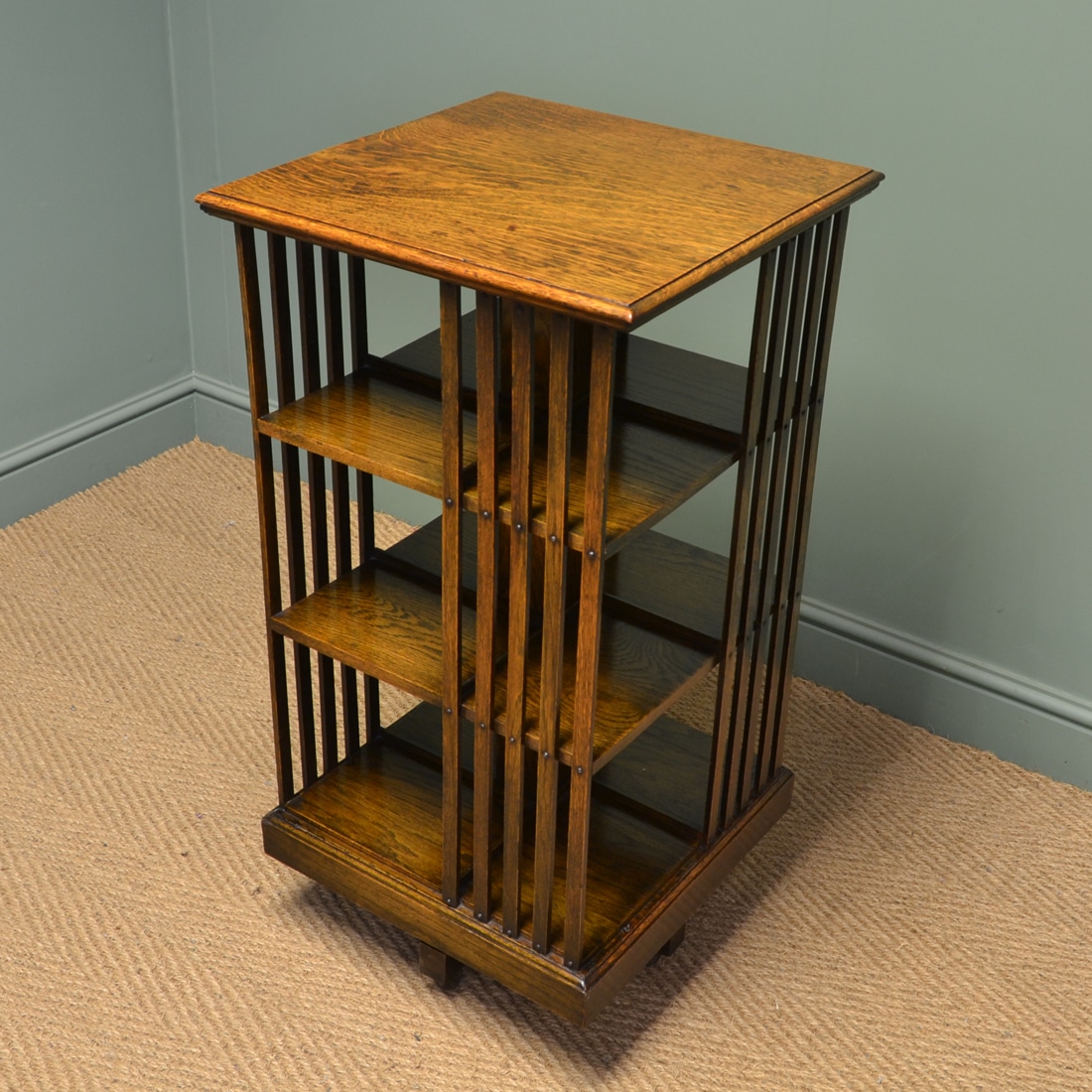 Please Note – We will be closed from 9th August until the 17th August. No orders will be dispatched during this time. Thank You. Dismiss