By the latter years of the Victorian period, Harris Lebus built up a reputation for high end, expensive furniture destined for the homes of the upper echelons of society. Furniture was all hand-crafted – save for a little assistance from steam powered machines. Much of this furniture was revivalist and in the styles of Jacobean, Louis, Adam, Queen Anne and Sheraton.

By the end of the century, Harris Lebus had run out of space to expand in his East End premises at Tabernacle street EC1, and by 1901 presided over a brand new, purpose-built cabinet-making steam works at Tottenham Hale, N17. These works initially covered nearly fourteen acres, and utilised the River Lea Navigation to bring raw materials from the London docks to the factory and the adjacent mainline to Liverpool street to distribute them. With room to expand (by the middle of the century it was three times this size) the location was ideal. While upholstery making and sales remained at Tabernacle Street, Harris Lebus claimed to have the ‘largest furniture factory in the world’. His claim went unchallenged.

Harris Lebus had a tried and tested business model and one which endured. As an entrepreneur, Harris Lebus manufactured furniture pieces which he was more than happy for independent retailers – both large and small, to pass off as their own. To support this, Harris Lebus armed a team of travelling salespersons, both nationally and internationally with catalogues packed with designs to sell to his customers – the retailers. In essence, Harris Lebus was both a manufacturer and wholesaler. Harris Lebus was a prolific manufacturer – the 1913 catalogue consists of 400 pages of furniture suites for every room in the home.

Not just content with furnishing the home, amongst his many contracts was a licence granted by Gunn Desk and Office Furniture Company, Grand Rapids, Michigan USA to produce cylinder fall desks, filing cabinets and stackable, modular bookcases. Only on some of the escutcheon plates of these items might you see ‘English Make’.

Around the same time, in 1904 Harris Lebus patented a round-ended lock plate because it was easier to fit with greater tolerances than the traditional square-edged plates. On the these you will see the initials H.L.L.

Harris Lebus died prematurely in 1907, and the business continued after he had departed, just as it had done before he arrived. His father Louis, a Jewish refugee, was a cabinetmaker who arrived in Hull in around 1840. Following the family’s move to London and after leaving the Jewish Free School, Harris began his working life selling furniture from a wheelbarrow. Harris Lebus established a cabinetmaking and upholstery business bearing his name in 1873. By 1885 he was in partnership with his younger brother Sol. After his death, his two sons Louis Harris and Herman joined, and in time so did Sol’s son’s Louis Sol and Simon Henry (known as Bob). Herman became the driving force of the business, steering it through two world wars (during which the business switched to making war equipment and war planes for which he was knighted), and presided over the move from family partnership to public company. Following his death, Sir Herman’s two sons Anthony and Oliver followed on.

Much can be said about the two other furniture manufacturing periods of Lebus – the inter-war art deco era of mass produced furniture for the lower end of the market, and the mid-century period following World War Two.

Fifty years after its collapse in 1970 comes a book written by Paul Collier. Published in 2020 by Libri Publishing, Harris Lebus: A Romance with the Furniture Trade encapsulates the complete history. It was an almost-forgotten story waiting to be told and is about ….a life….a business….a family…..and a workforce community. 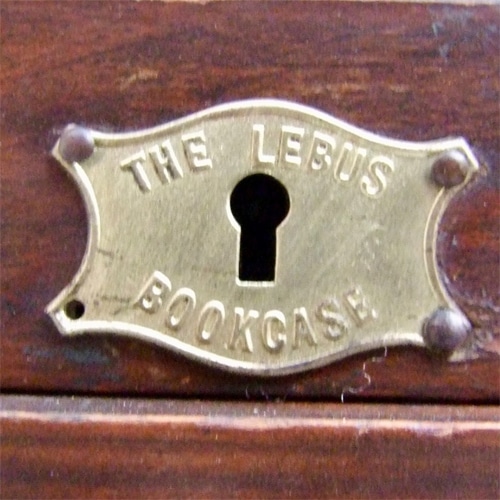