Antique furniture by Shapland & Petter is usually very well constructed from the finest quality timbers and beautifully designed. Shapland & Petter was based in North Devon in a town called Barnstaple and specialized in Arts & Crafts designs but also made more traditional antique furniture. Shapland and Petter was first established by Henry Shapland in ca.1854. He was a cabinet maker by trade but after a visit to America in 1848, he was inspired by an invention of a moulding machine which would speed up the production of furniture making. Upon his Return back to England with his new found inspiration and ideas, he reproduced a similar machine and began his cabinet making business at the Raleigh woolen mill in Pilton, Devon. Once he was more established, he then moved to Bear Street in Barnstaple where he started to create some good quality pieces of antique furniture. The other side to the story begins with Henry Petter who was an accountant, entered into partnership with Henry Shapland. There new formed business quickly grew and in 1864 they bought the Raleigh Factory where Shapland first set up. Unfortunately in 1888 the building burnt down in a large fire. Soon after a larger factory was built with lots of new inventions to speed up the process of modern cabinet making. The new factory had saw mills, cabinet making shops and polishing rooms set up. It was more like a production line, it was quite revolutionary for the time. Unfortunately Henry Petter died in 1907 and Henry Shapland died in 1909. In 1924 Shapland and Petter merged with the Barnstaple Cabinet Company and this lead to one of Devon’s biggest industries of the period. They employed over 300 people with skilled hand carvers, cabinet makers who also were machinists, French polishers, and very important designers, who produced some of the stylish designs of the period.

Throughout Shapland and Petters history they not only built stylish furniture but also intricate leaded glass panels, mantelpieces, panelling, fitted out banks, offices, and town halls. They did the cabinet work for the interiors of Pullman railway carriages, the London Guildhall, important houses like Tapeley Park in Devon, wooden propellers for the aircrafts in the first world war, ocean liners and church furniture.

Shapland and Petter are most well known for their furniture built in the Arts and Crafts designs. Although their designs were very sought after, their methods were frowned upon by traditionalists as they used machines in the construction process and this was not the idea of the arts and crafts movement (furniture was supposed to be had built and hand finished, not machine made). There was still a lot of hand crafted skill in there pieces from hand woodcarving, inlay work and the unusual designs like decorative copper work. They did also use distinctive features in there furniture like heart shaped piercing, geometric shapes, marquetry, metal inlay and on more traditional designs ceramic and enamel cabochons.

You can tell a Shapland & Petter, firstly by the design and quality construction, but also some pieces would have a plaque or the metal ware stamped (either on the locks or handles) S & P usually under is the letter B.

Antiques world gets some super examples of Shapland & Petter antique furniture for sale and blow is a few examples. 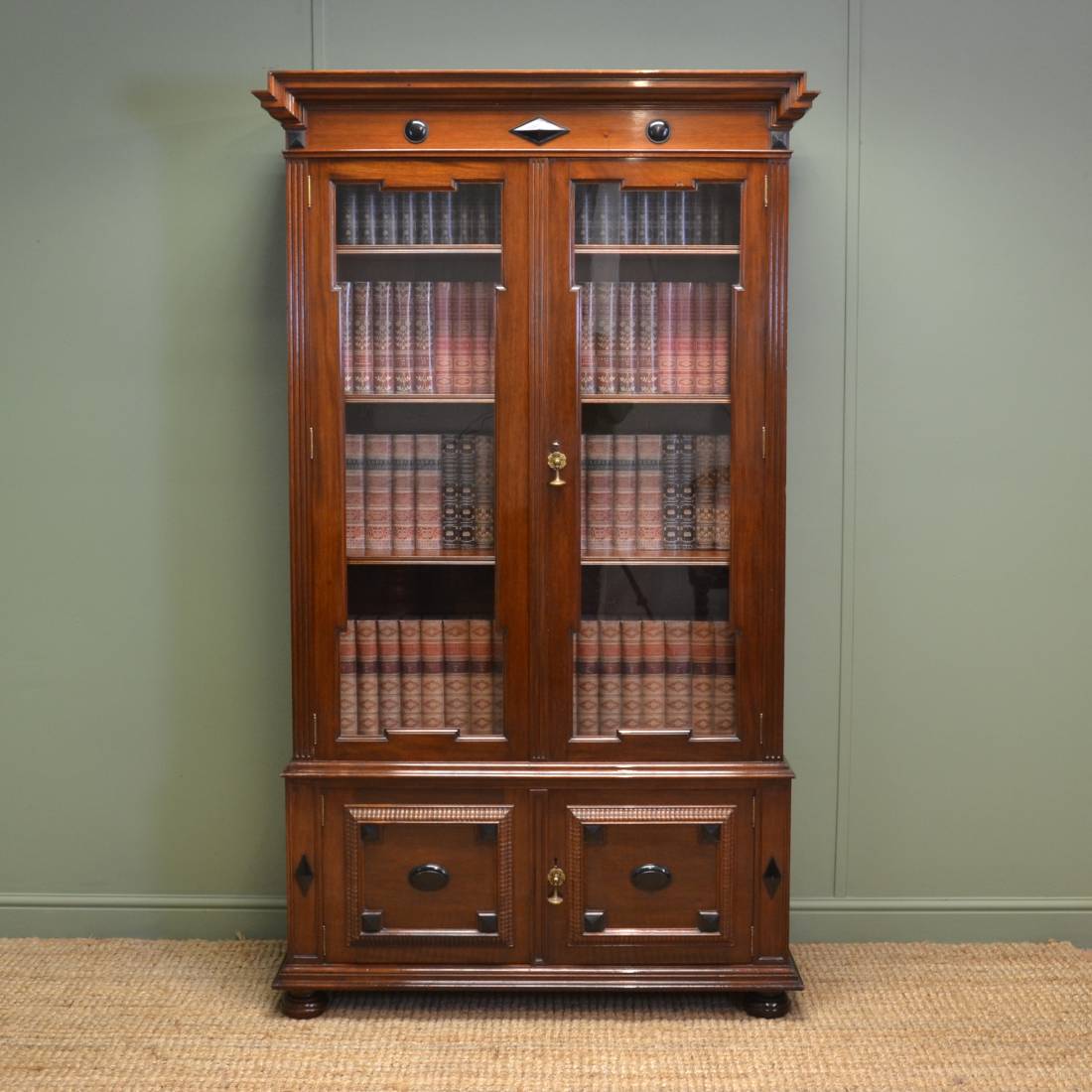 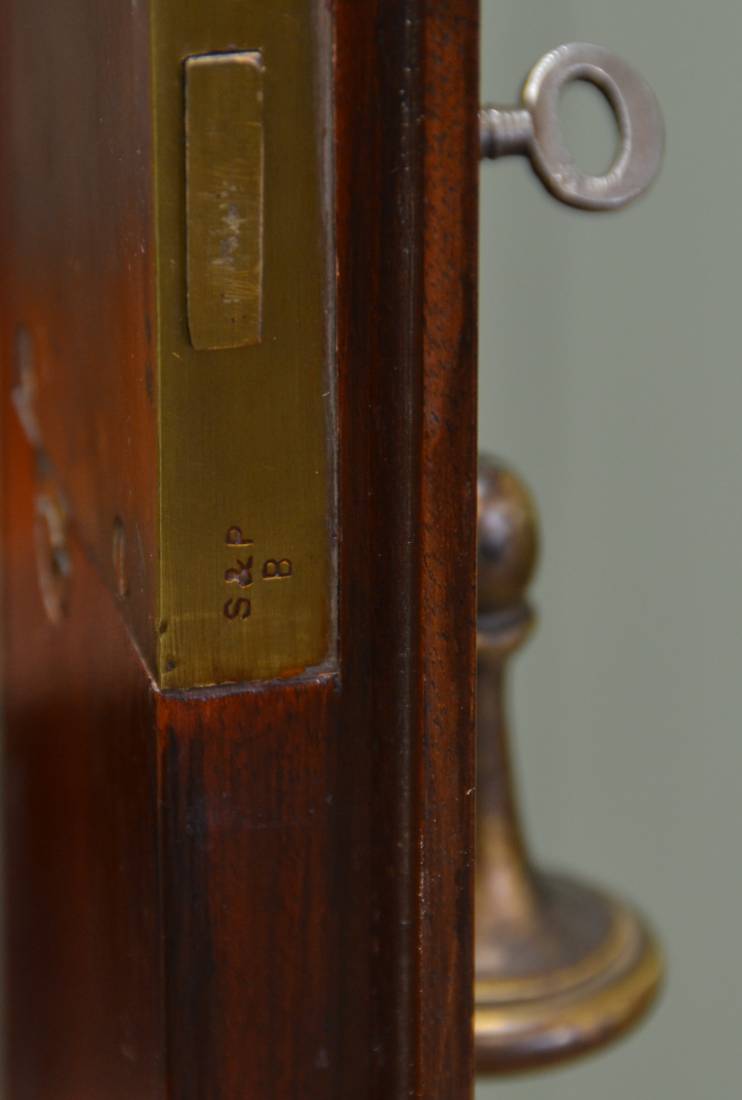 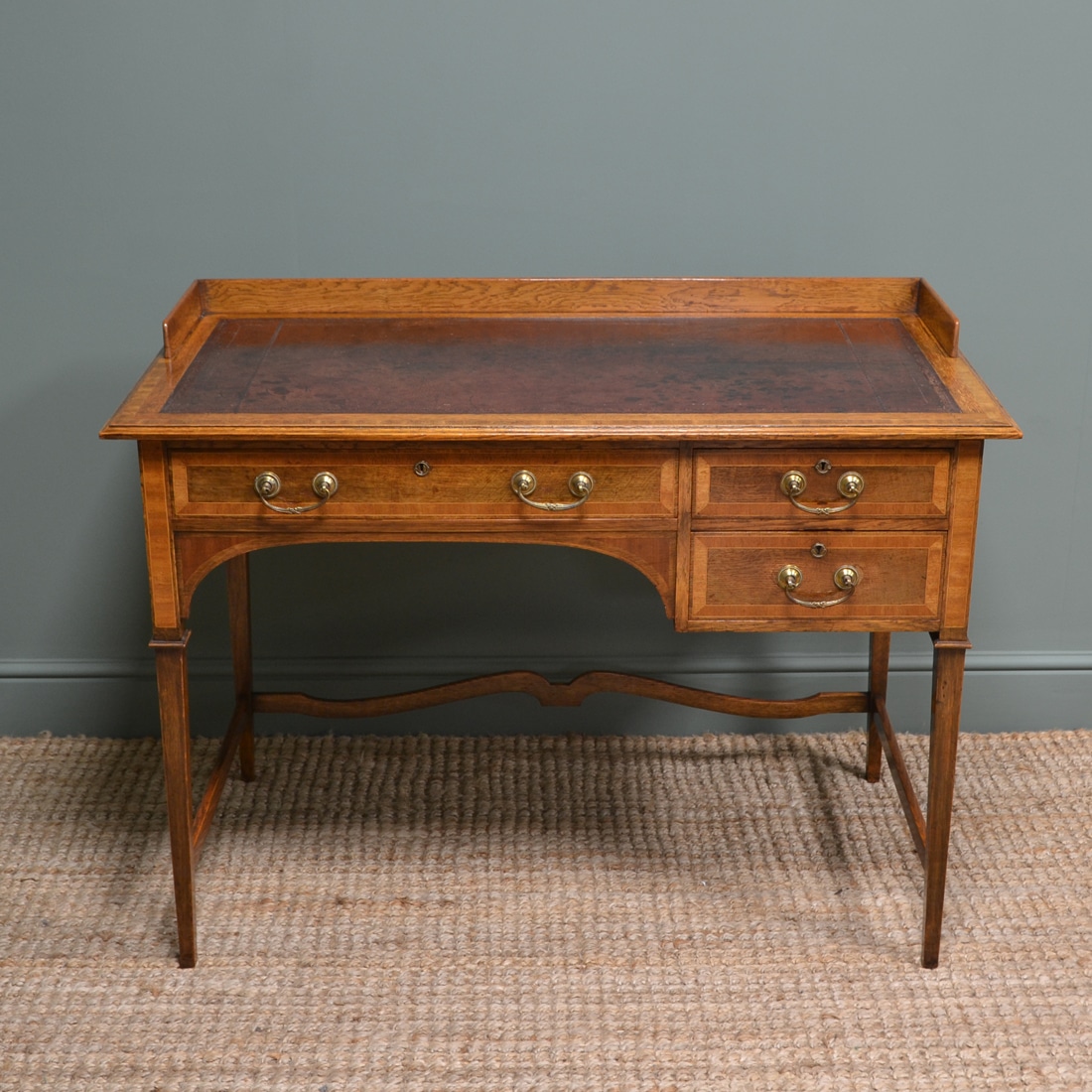 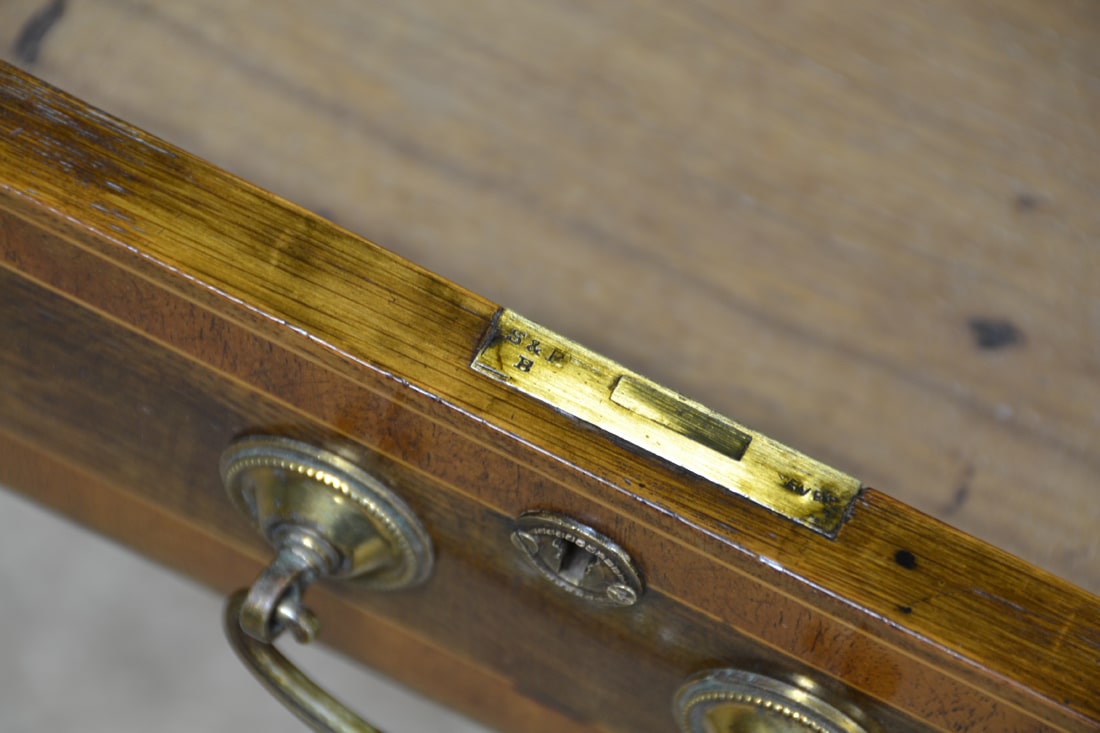