Antique French Furniture is a style from France mainly in Cherry-Wood, Walnut or Oak Timbers from the periods of Louis, Henri II, Breton and Louis Philippe. Very early furniture from Louis XII period, was simple in design with Gothic influences and was called ‘Renaissance’. Henri II furniture was more decorative with features such as columns, leafy or floral carving and unique carved creatures from old tales. 17th Century Louis XIII furniture had influences from Dutch Baroque with barley twists columns, ebony decoration and metal on hinges, handles and other fittings. Well-known pieces appeared like the Commode, writing tables and chests of drawers. Tables began to be more intricately carved with baluster turnings and claw feet, carved from fruit-woods. 18th Century antique French furniture introduced interesting features with curved shapes along with gilding, inlays in tortoiseshell and mother of pearl. Ornate marquetry was used, with inlays that portrayed musical instruments, shells and flower scenes. Louis XVI furniture had influences from old, known as Neo Classical style. Simple but with decoration such as columns, motifs and urns, some painted in vivid colours and with beautiful scenes. Empire furniture, from the early 19th century was often polished to a dark sheen with the use of bronze and Marble.  Period French furniture then became very heavily carved with a mixture of styles and was quite heavily produced in the late 19th Century. 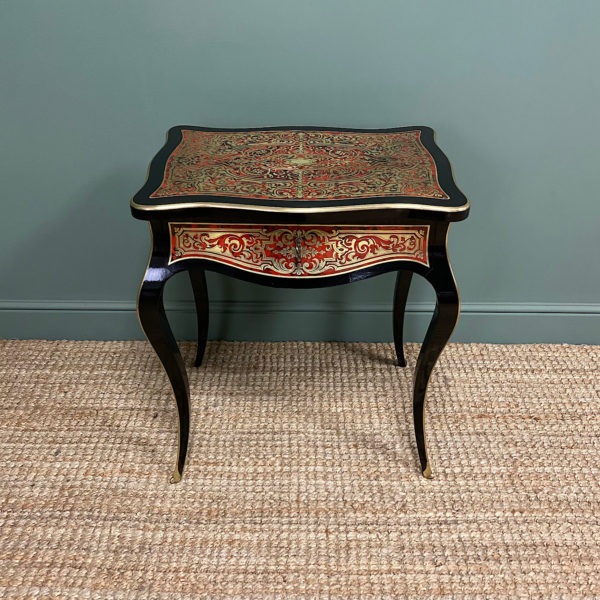